Attack Media Group is pleased to announce the new release by pop/urban act ZOLO, a universal single which is breaking down barriers worldwide, entitled “Computer Freak“. ZOLO’s arrangements of songs are hip, clever and mind blowing, may be best described as “Kid Cudi meets Lady Gaga.” ZOLO’s music proves that “good” music of any kind can be modernized without taking away from its traditional value.

ZOLO produces his songs as if he were “eagle“ soaring to new heights with every song. He says, “I wanted the music to have a fun, modern edge. The songs are cool but not too hot, they‘re just right.”

“ZOLO” better known as Dolla Bill from Doughla City was born in London, England, and at the tender age of six, moved to Brooklyn, NYC. His mid-teen years saw him relocate to Toronto, Canada. The split of his parents played a big impact on his life during the “hard years”. ZOLO, then poured his energy into sports, he found a love for soccer and had many accomplishments and received multiple scholarships.

But there was still a void in his life and he ventured into writing poems and songs at the age of 17. Shortly thereafter he joined the group “Doughla City” in 2006. This was the birth of the artist “Dolla Bill”. The “Doughla City” Trio had a rapid success among their peers and even south of the boarder.

During this adventure the trio opened up for multiple platinum selling artists: Julez Santana, Rick Ross and Guerilla Zoe just to name a few. As the groups success hit its peak; they hit a stumbling block and each member decided to go there separate ways. Just when things couldn’t get any worse, ZOLO had to come to terms with the passing of his father. During this difficult time, he turned to music as a tool to express his sorrow and grief. It is this life altering tragedy that sprung the manifestation of “ZOLO”, (ZOLO meaning: unrestrained behaviour, chaos and without companion). ZOLO took a strong interest in pop music culture, with influences from artists such as Justin Timberlake. MGMT, Lady Gaga, Kanye West and Kid Cudi and created a unique, fresh, cocky sound that is like no other.

After the release of his independent album Paradise in April 2008, Compton singer/songwriter TQ is back in ’09 with a collection of new self-produced songs. Paradise featured the breakout track “S.E.X.Y.” which became an instant hit with fans, and has over 50,000 in digital sales worldwide to date. TQ has chosen to re-feature “S.E.X.Y.” on the new album of the same name, which is now available at Best Buy and on iTunes.

Gracie Productions has been an integral part of TQ’s indie success, and while he has been touring and recording overseas the past few months, the Gracie team worked hand-in-hand with EMI Distribution to expand promotions of the Paradise LP.

Additionally, TQ has consistently offered free music via his MySpace page, and interacts with fans to ensure he is delivering his creative best at all times. He is currently in Europe with shows in Germany, Belgium, Sweden and the UK in July, and is steadily working on even more new music.

Now with S.E.X.Y., TQ will be able to give his fans even more of his heartfelt writing with 10 new songs, and all departments of Gracie Productions are on board for the experience.

“After the success of TQ’s album Paradise, it was only natural to release a follow-up that is even more powerful,” expresses Dorian Washington, President of Gracie Urban. “To me, TQ is the most underrated R&B singer of our generation and S.E.X.Y. is, in my opinion, his best work yet.”

S.E.X.Y. Tracklist
All songs written and produced by TQ

Big Ced is More Hip-Hop than You 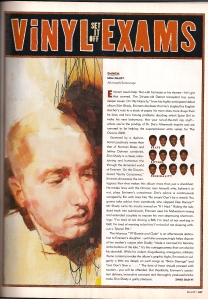 It’s true. Big Ced, of the Industry C0sign and a whole lotta ish you can ask him about yourself, is more Hip-Hop than any of us. I first noted it when after every time I thought to myself, “Damn, that dude in MC Lyte’s ‘Paper Thin’ video looks just like Ced”—it turned out to be Ced (via Rocka Candy) after all.

Then when searching for my old Source 50th issue to scan its cover for a recent post, I came across my set of Blaze Magazine issues [semi-tangent: Aliya S. King relayed a great story involving Blaze right here). I’ve teased Cedric many times that I would get around to scanning his appearance in the aforementioned mag’s review section. Nah, he didn’t write a review, but his mug was used as the sections rating scale (large pic below). Pretty creative move on the late mag’s part, actually. 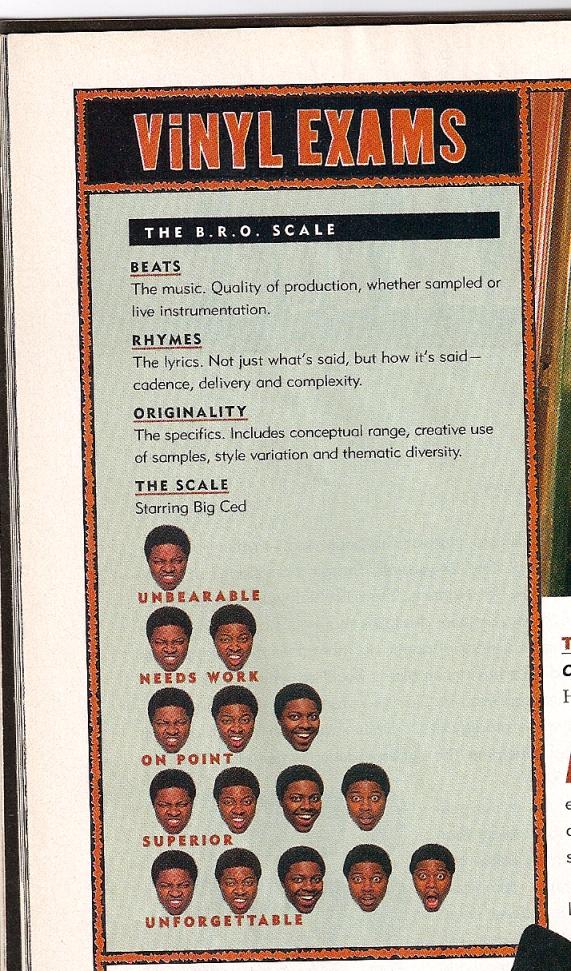 All this to say, Ced is more Hip-Hop than you, you, you and all the you in the back, and in the middle, and in the front. Word.

Filed under 'Stolen' From Another Site